The Best British Poetry 2015 was edited by Emily Berry, and, at 71 poems, is the most generous in the series so far. For the third year running (2013 and 2014), here is the distribution of poems in the anthology by original source magazine: 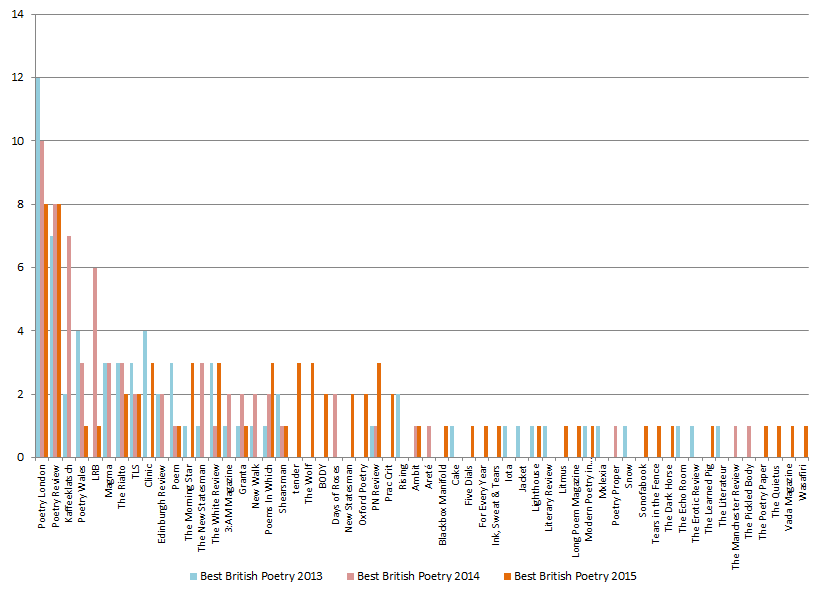 Source magazine distribution, BBP2013 vs BBP2014 vs BBP2015 (click to enlarge, even then it’s hard to see anything, bugger, sorry)

Poetry London has become joint lead contributor, alongside Poetry Review, with 8 poems each. Congratulations to each of the following magazines for appearing in the series for the first time (with 3 poems each from tender and The Wolf):

With poems from 37 different magazines, The Best British Poetry 2015 has the most breadth of the series so far. 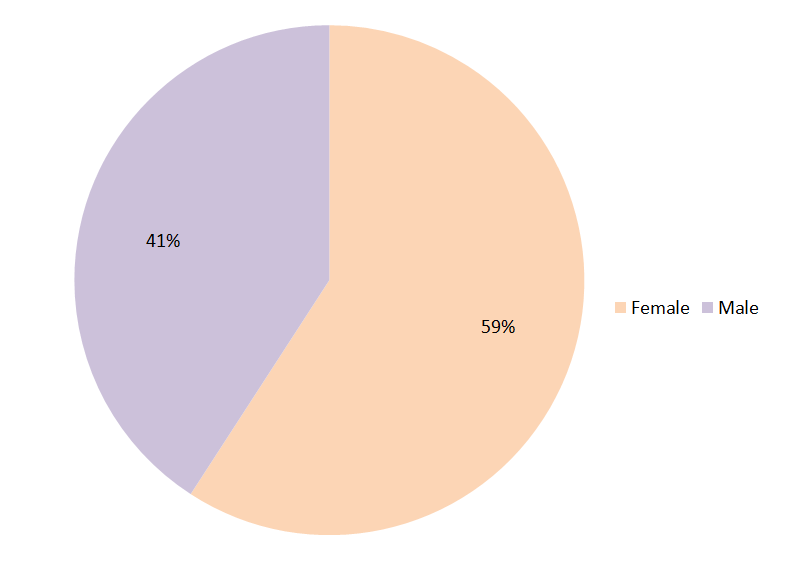 Gender distribution (I’m increasingly uncomfortable with this, but it’s notable for The Best British Poetry 2015 as the balance is, it seems, majority female for the first time in the series.).

I’m afraid I’ve continued to guess at categorising contributors as ‘male’ or ‘female’. This is definitely incorrect, and not something I plan to continue if the anthology series continues and if I continue to post these numbers. However, it’s worth giving Emily Berry credit for apparently avoiding a majority male contributors, and it’d be a shame to not acknowledge that.