The Best British Poetry 2014 was edited by Mark Ford, who, in his Introduction, talks about the difficult task of going through “all the poems published in magazines and ezines between May 2013 and May 2014 in the hush of the Saison Poetry Library.” Like last year, I’ve tallied up the poems that he chose for inclusion

Of the 66 poems in the anthology: 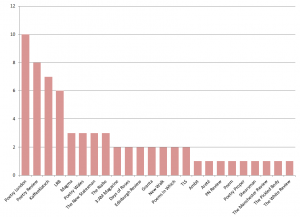 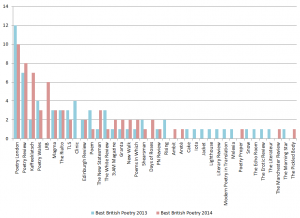 Once again, Poetry London has provided the most poems for the anthology, followed by “The” Poetry Review. Kaffeeklatsch and the LRB have seen the biggest increases. 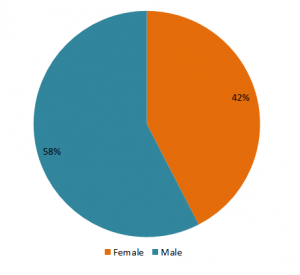 The balance of female to male poets (best as I can tell) is almost identical to last year.